Letter from the Editor

By now you’ve received a “Member Survey”. Please complete asap and return. We need the data to plan for next year. If you did not receive a survey, please contact Meghan Carr at mandjcarr@comcast.net.

If you haven’t heard Juni Fisher in concert, it’s time that you did. Her songs resonate with the souls of horsemen and competitors. Details follow.

Need guidelines for crowd and competitor favorite Ranch Riding Freestyle at the Western States Championships? We got ‘em. Results from the Clifford Horse Training show are included in this issue. There’s a venue change for the Running T Ranch Round Up from Ione to Plymouth-just 11 miles down the road. More on that and we’ll highlight other happenings in September/October.

Golden State rocks! I feel so blessed to be a part of it. Even when I make a boo boo in the show pen and try to console myself (picture follows). 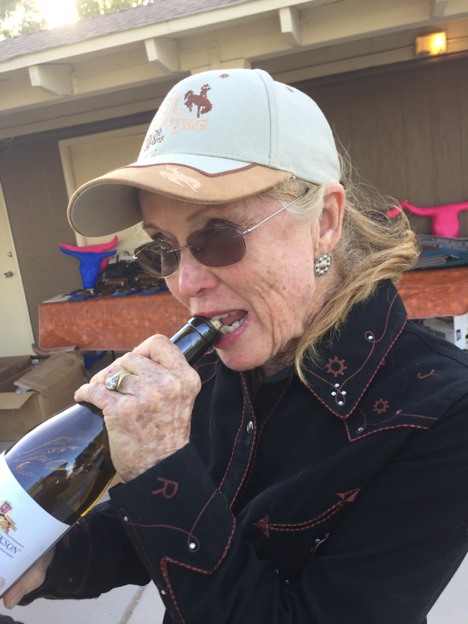 Juni will be at the Carmel Valley Trail & Saddle Club Saturday, September 10 to provide two hours of amazing entertainment. Singer, songwriter, writer, and competitor—as a horsewoman and a competitor, she’s one of us. Her songs tell our stories. Go to gsvrha.org, click on calendar, and sign up! Oh, and there’s dinner too. What a deal. 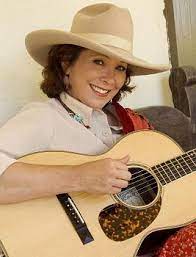 For samples, there are many YouTube videos of Juni or you can go to her web site junifisher.com, or just google “Juni Fisher music” for recordings.

Saturday night of the Championship Show there’s an event we all look forward to—Ranch Riding Freestyle. It’s an opportunity to show your horse, your creativity, and have fun!

It’s pretty simple, the guidelines are: 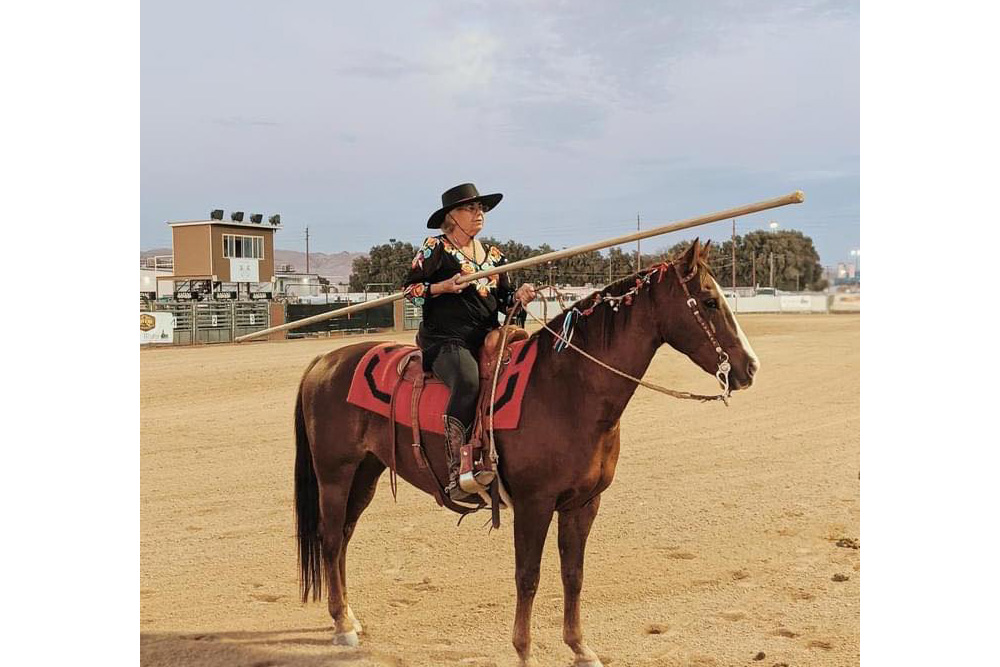 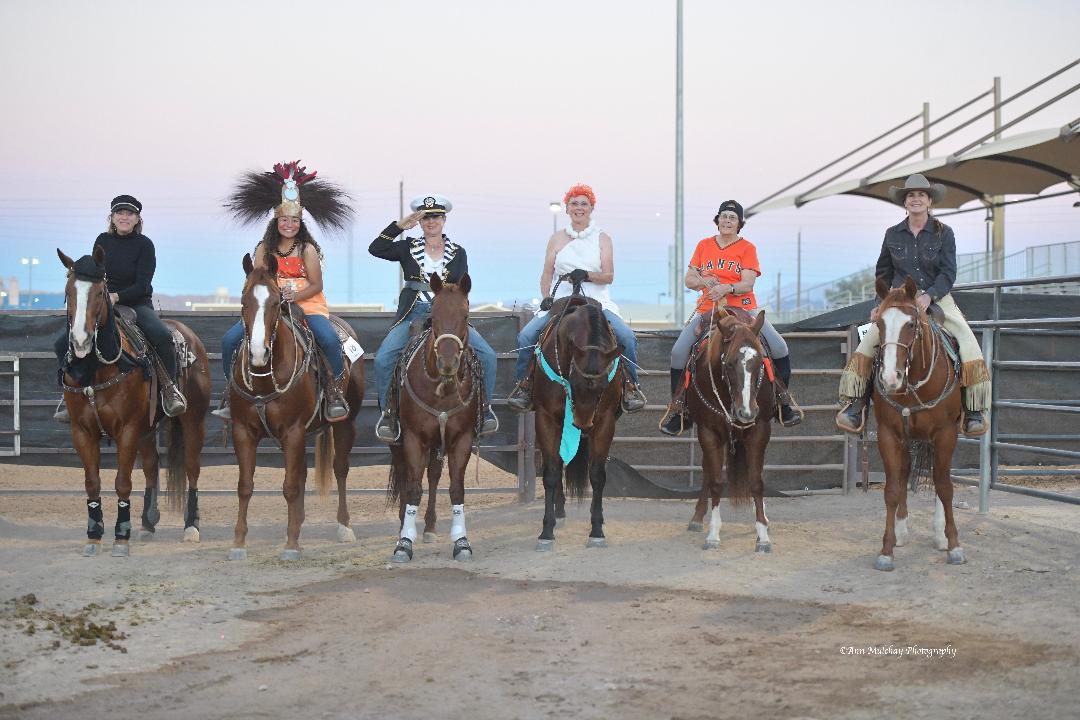 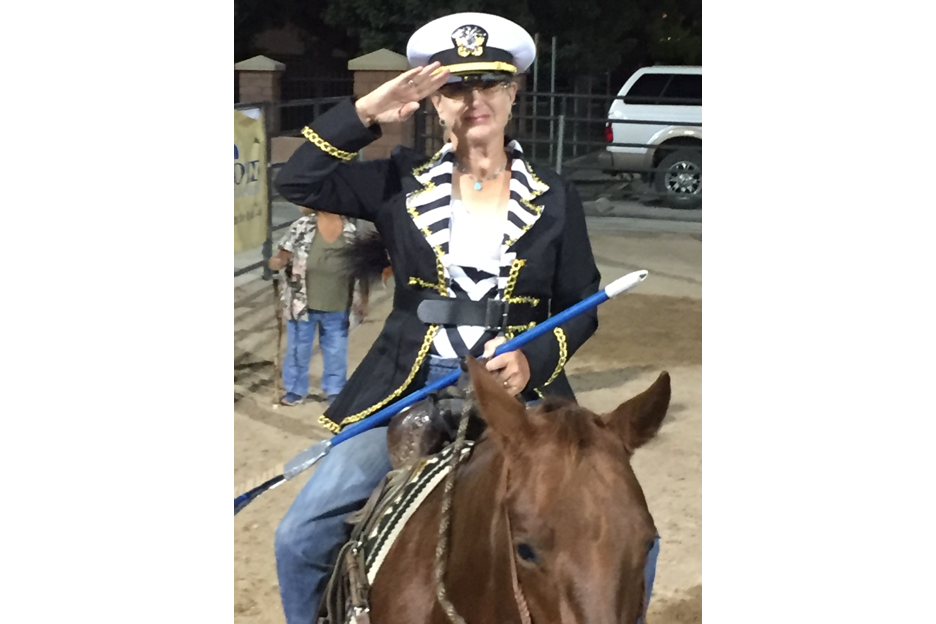 CONTESTANTS MAY ENTER AT THE SHOW
THERE IS NO ENTRY FEE!
MONETARY PRIZES WILL BE AWARDED.

A Wonderful Weekend to Show 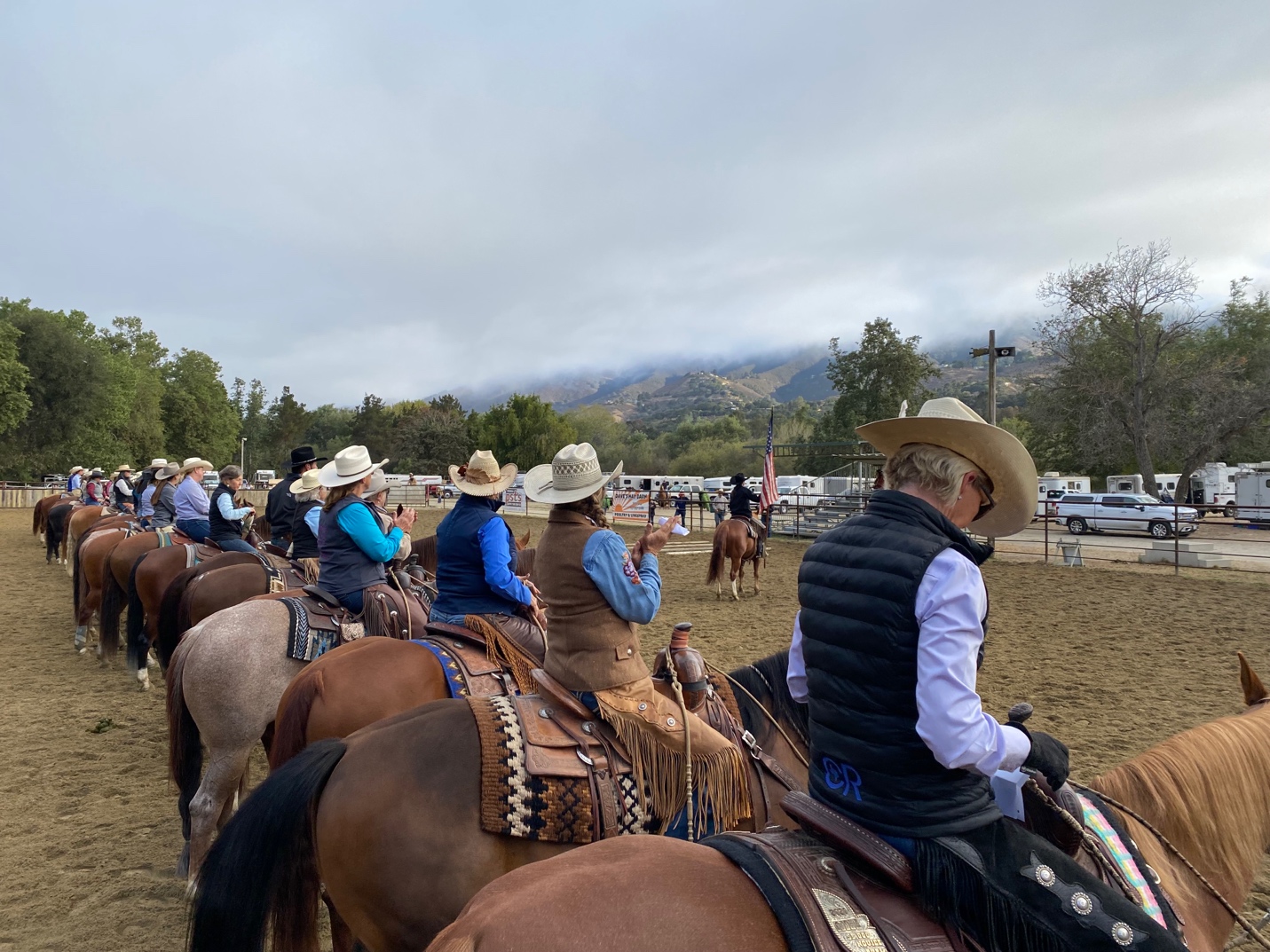 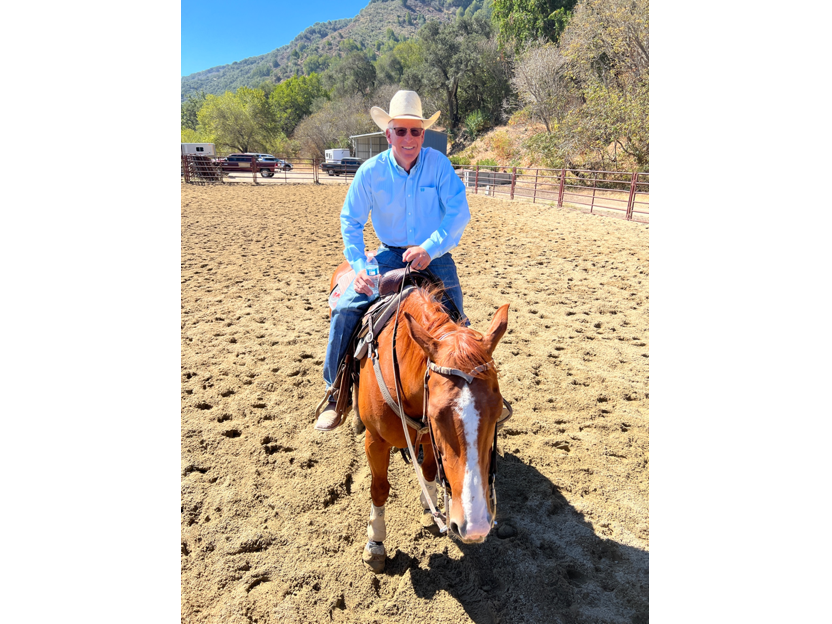 Cutting clinician Jimmy Stickler was also one of the judges. 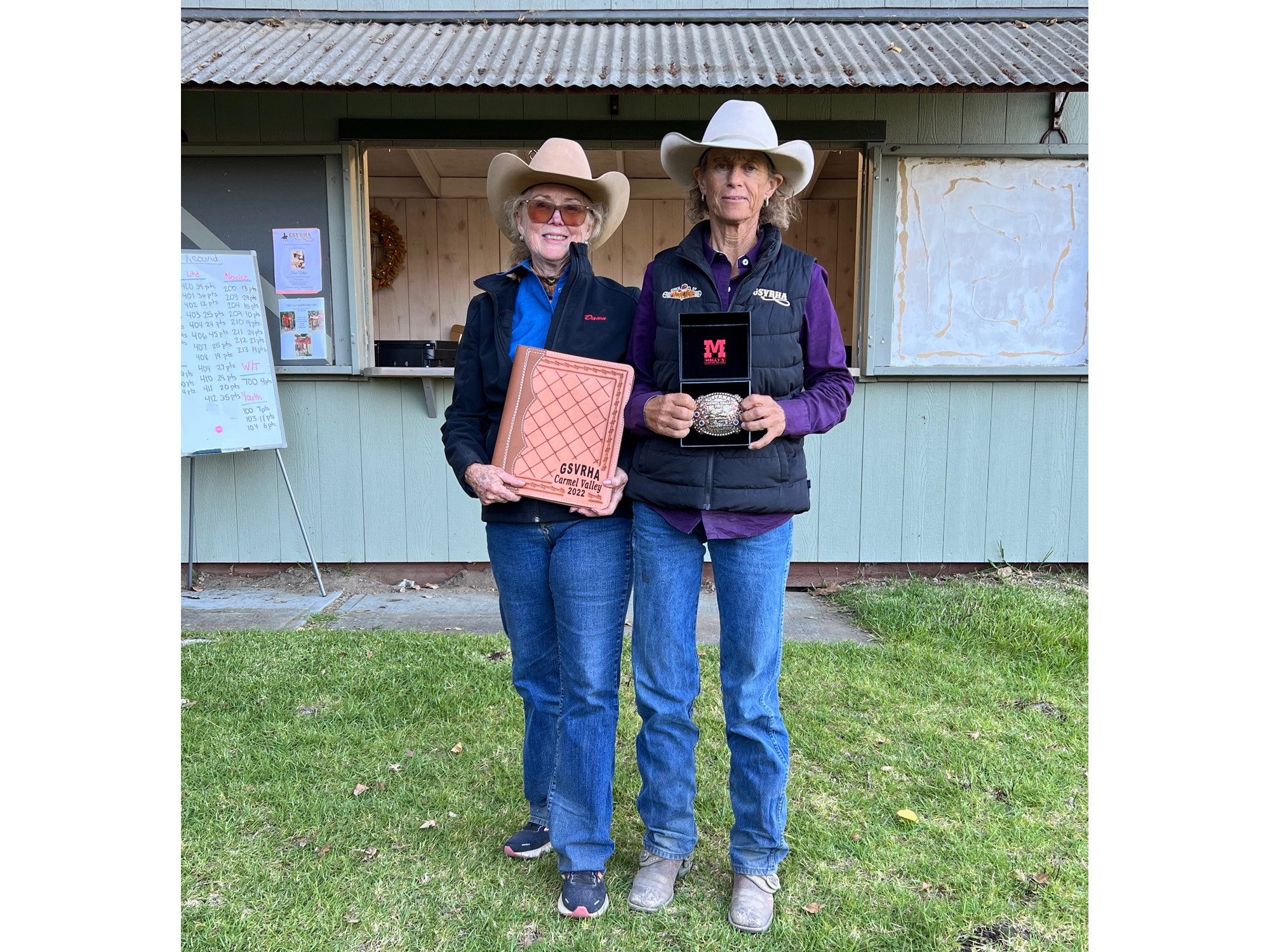 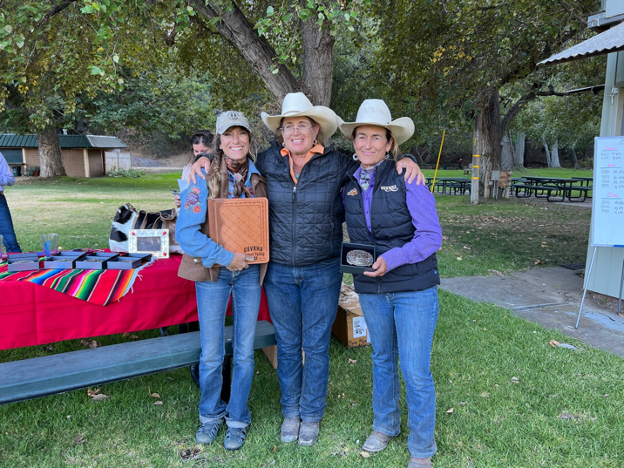 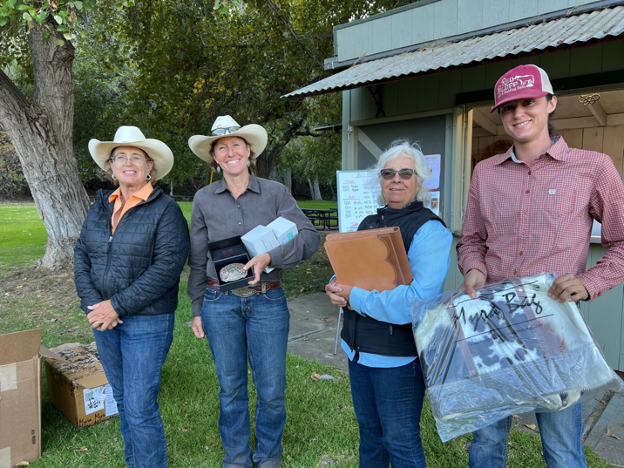 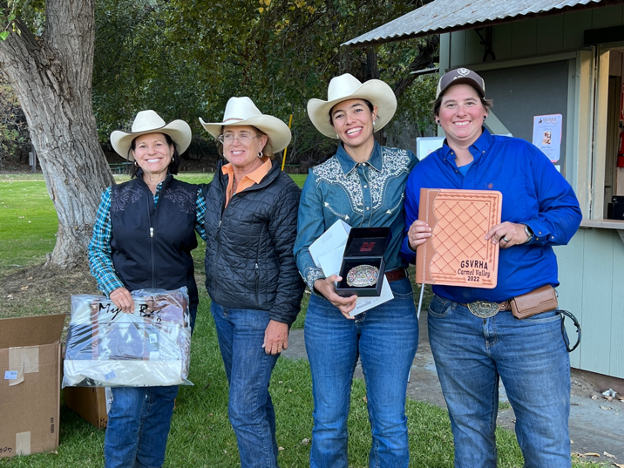 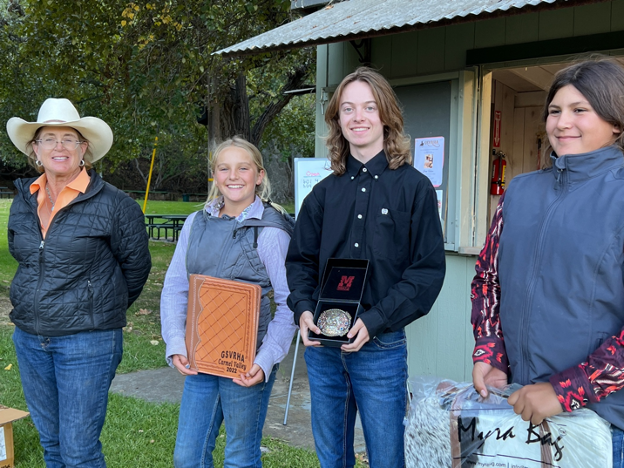 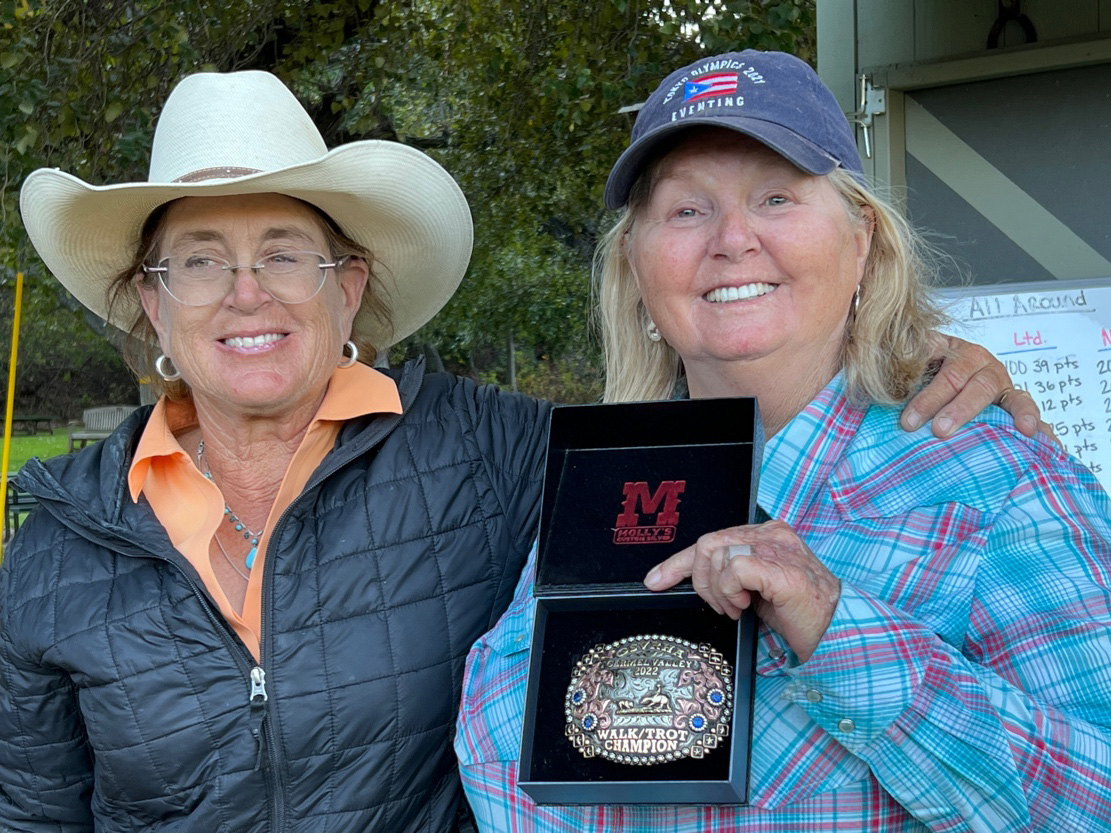 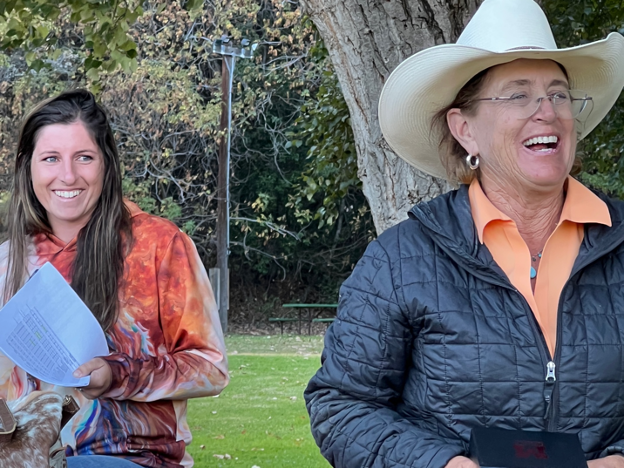 We are blessed by the great secretary Harlee Burtschi. It’s a bonus that she also cracks up Sarah. 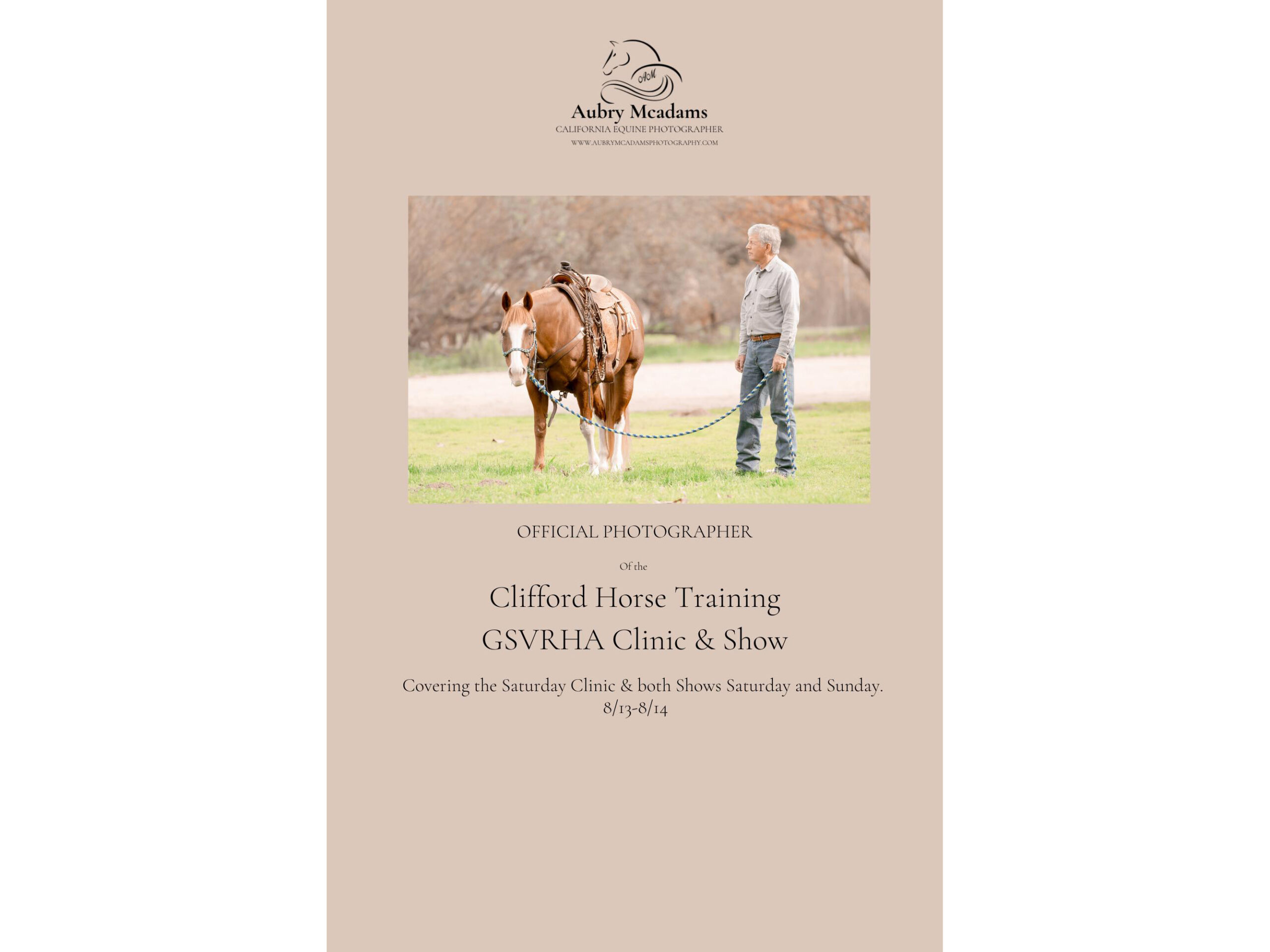 Everything was extraordinary at the CHT show in Carmel Valley. We expect the ground, cattle, clinicians, judges, office staff, food, awards, etc. to be wonderful but this year the weather went beyond wonderful to perfect! Our members from the hot Central Valley were very happy to be in Carmel Valley.

Results are in the snapshots here. There was an interesting twist in the Novice Division-mom Kim Smoot and daughter Jessie Smoot TIED for Reserve Champion and Third. We all know that all around ties go to the high cow work and mom Kim carried the day!

Entries are open for the GSVRHA Fall Classic held in San Luis Obispo:

The Running T Roundup, formerly in Ione, will now be held at the Amador County Fairgrounds in Plymouth. Same date (September 30-October 2) same manager, same fun. Plymouth is a sweet little town with good restaurants and ample accommodations. The flyer and entry form will be out very soon, watch your email for notification. 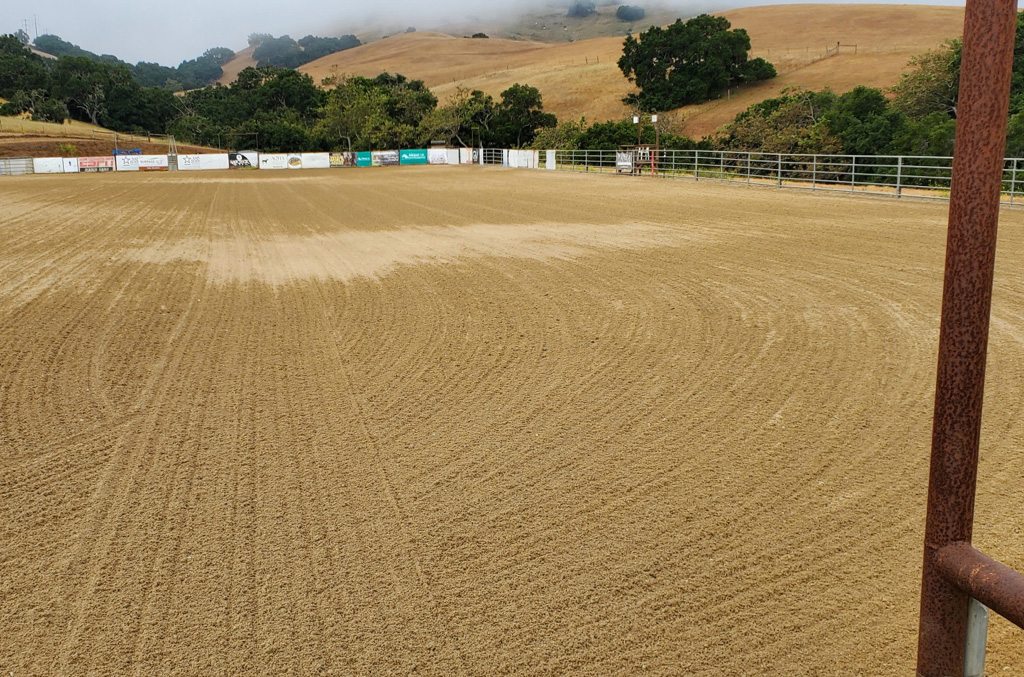 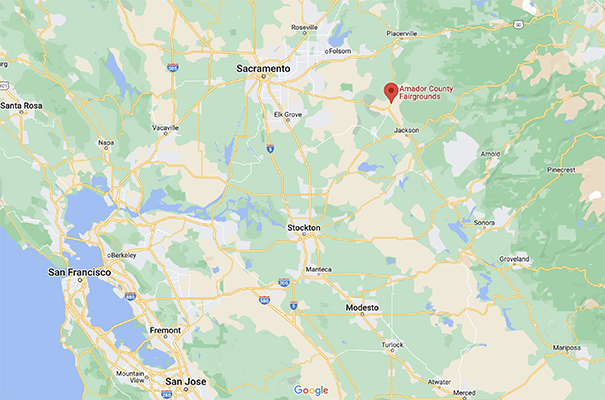 Several Golden State members traveled to Winnemucca for a joint Western States/AQHA show. Reports are that the venue is pretty nifty with an air-conditioned main arena and a second covered arena, and that participants look forward to attending more shows there. 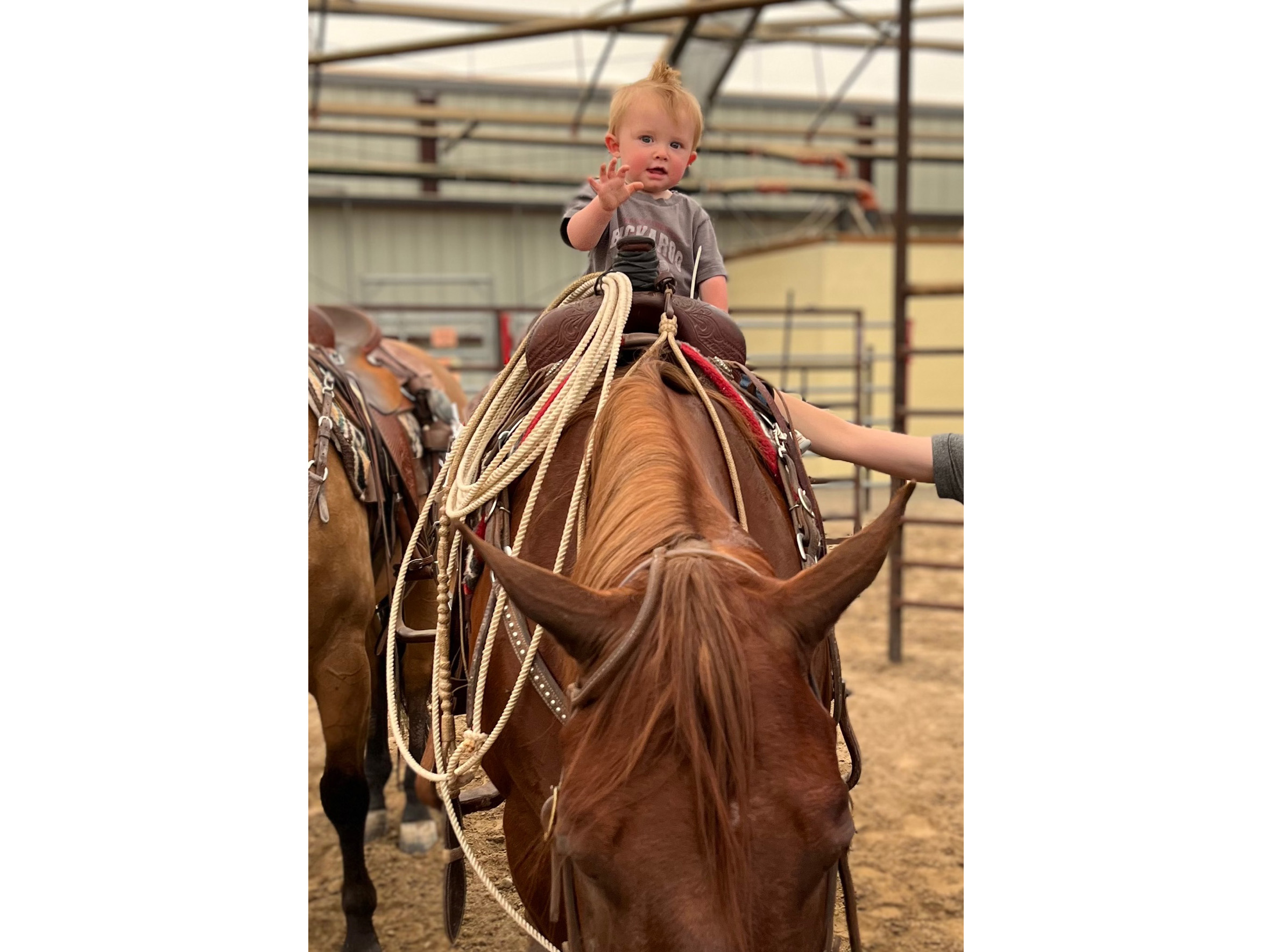 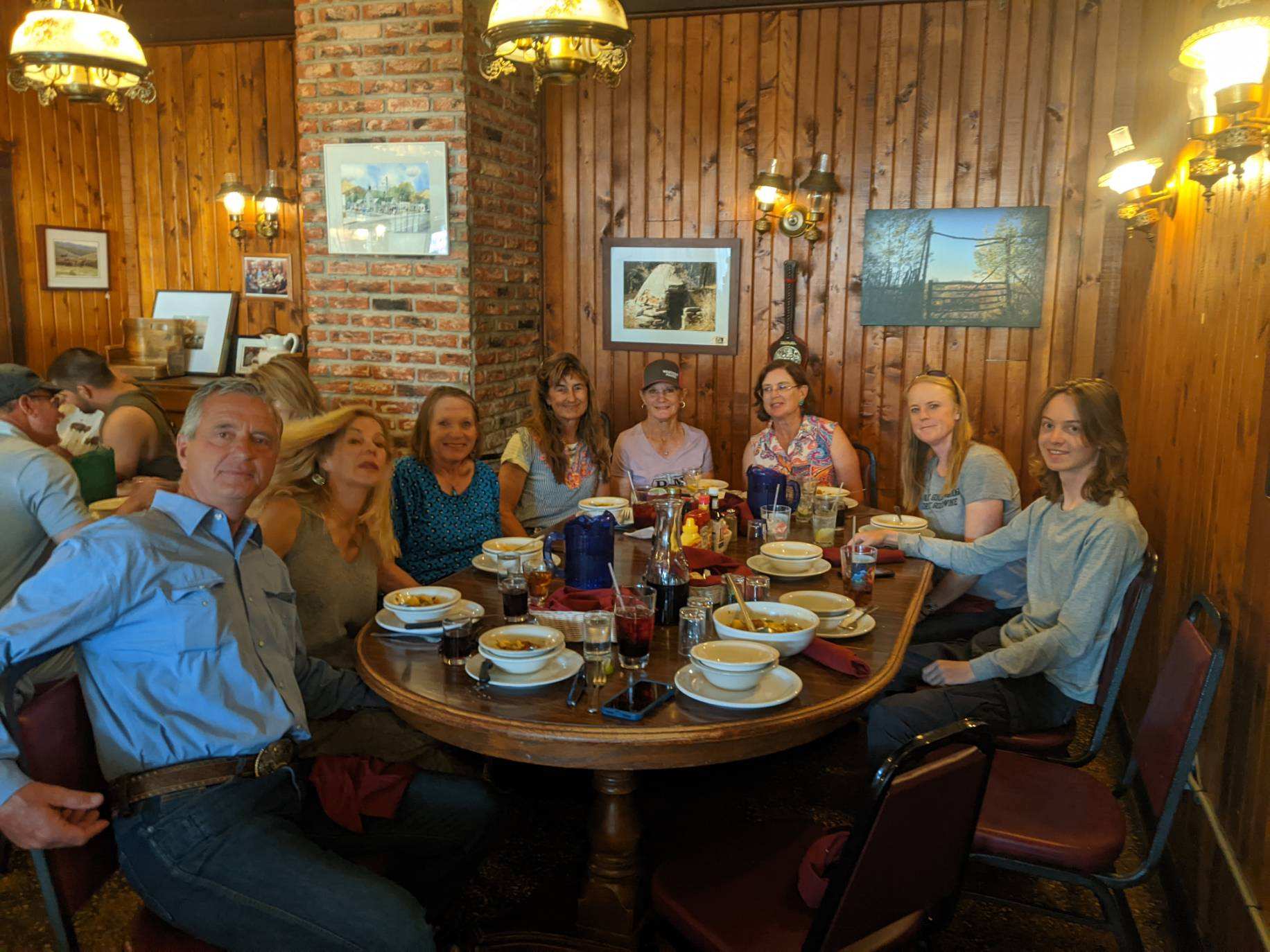 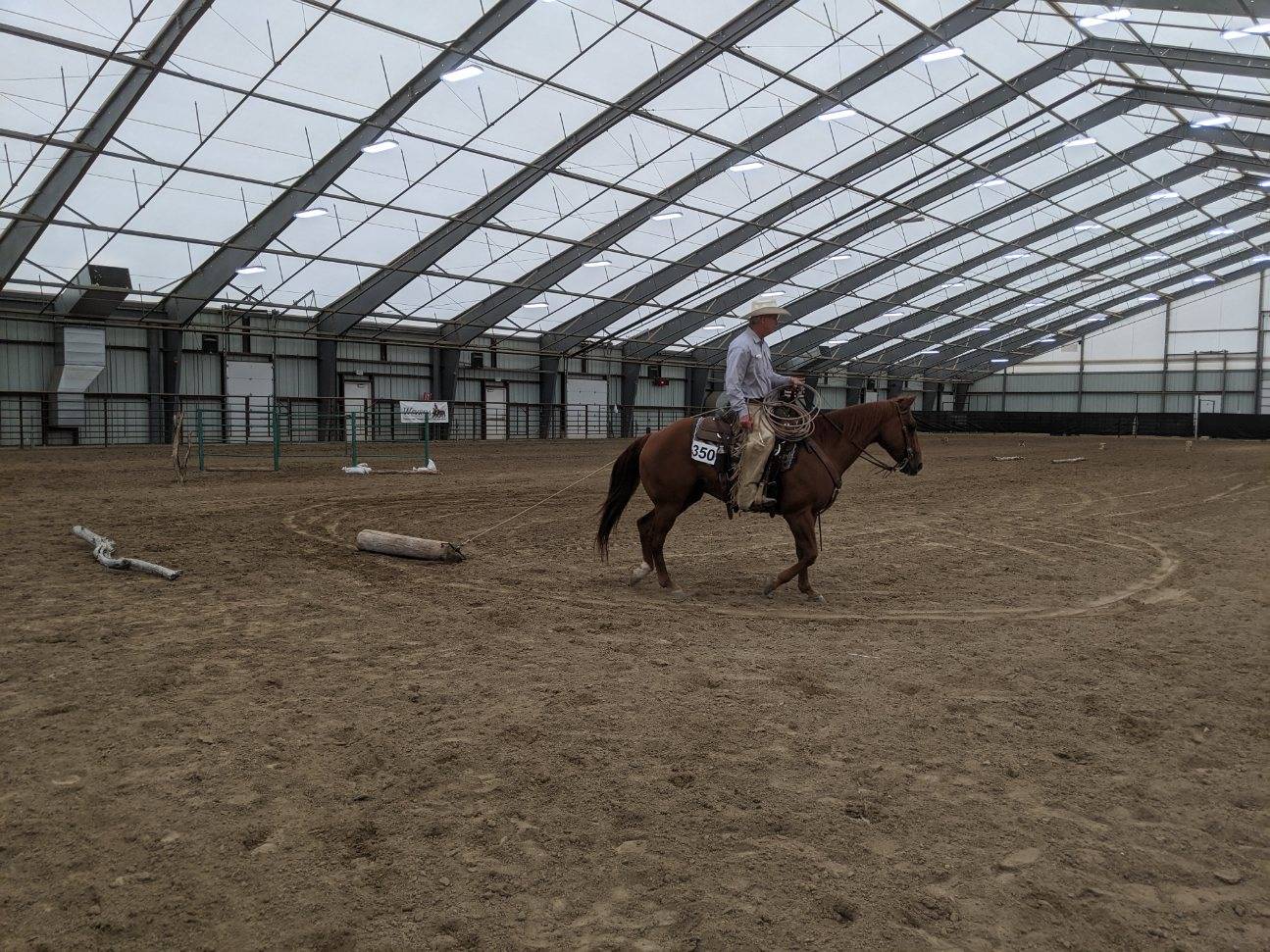 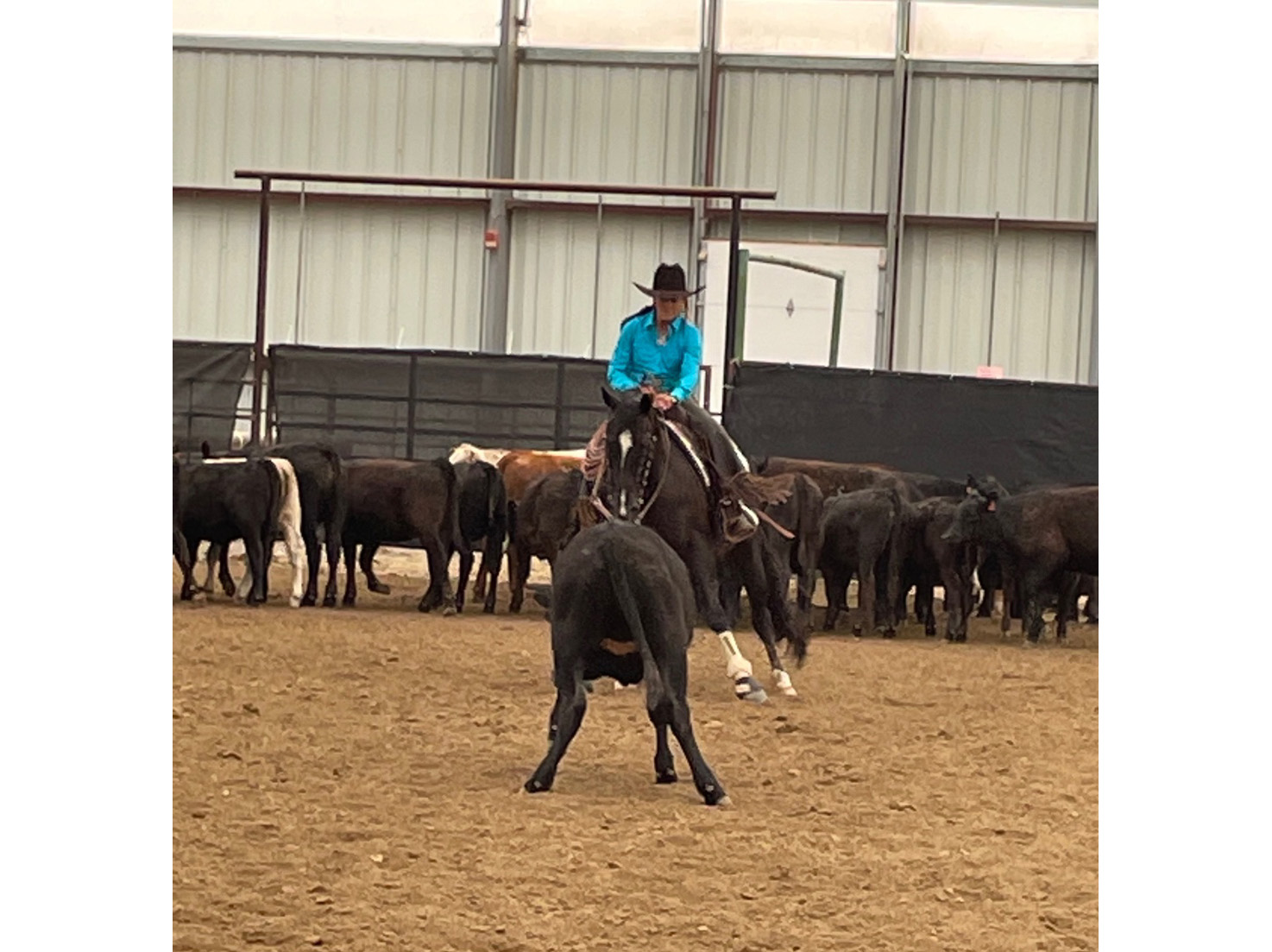 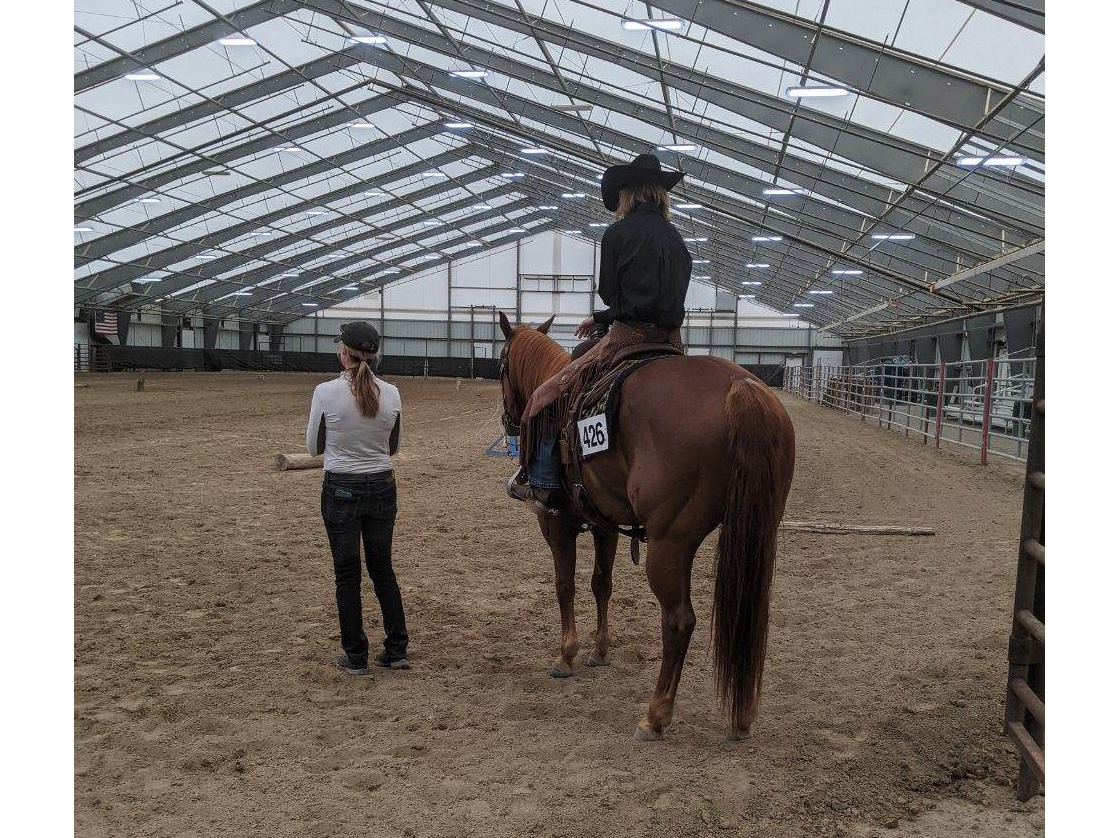 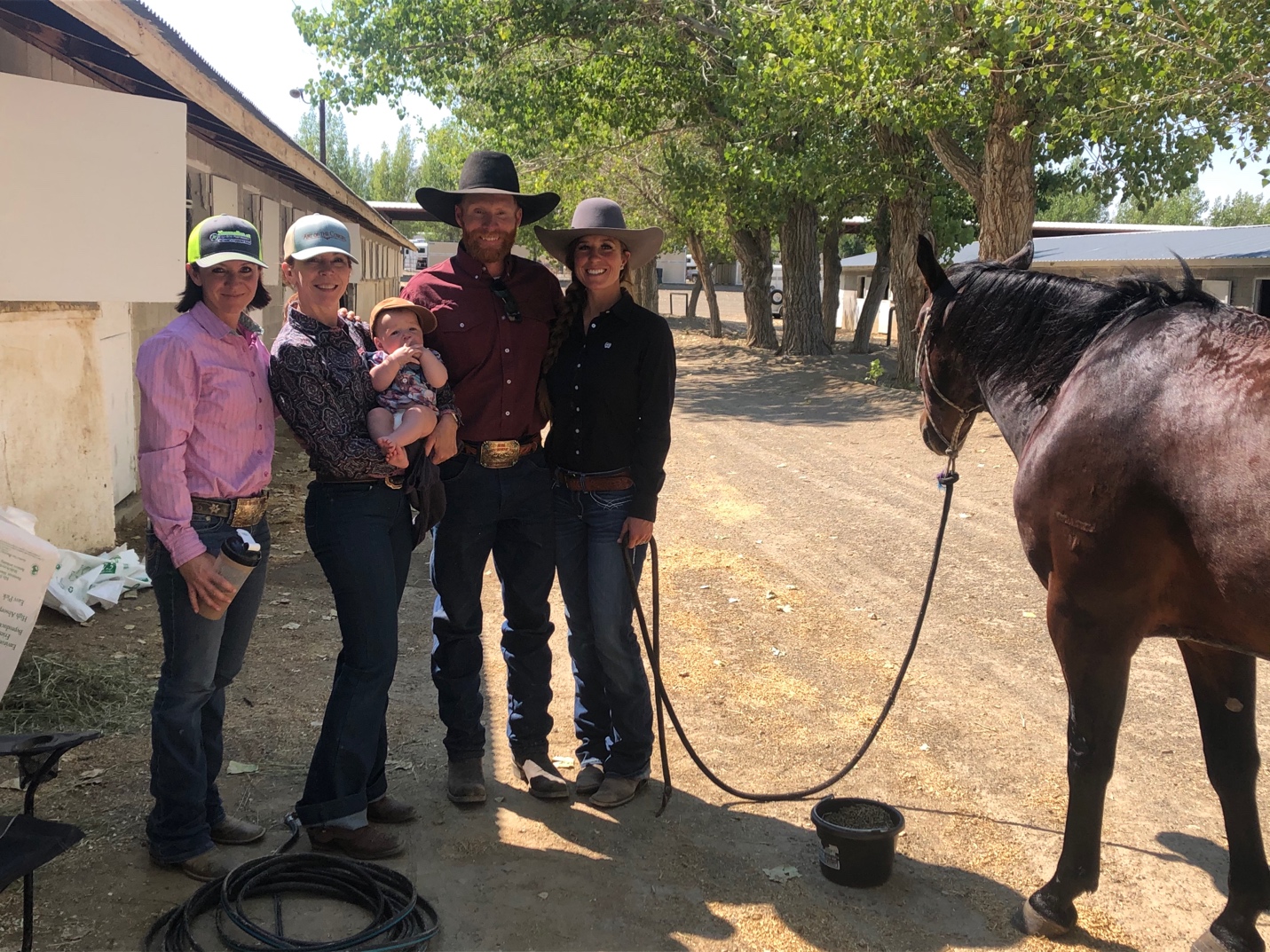 Here are a few pictures that reflect the fun in our sister organization. 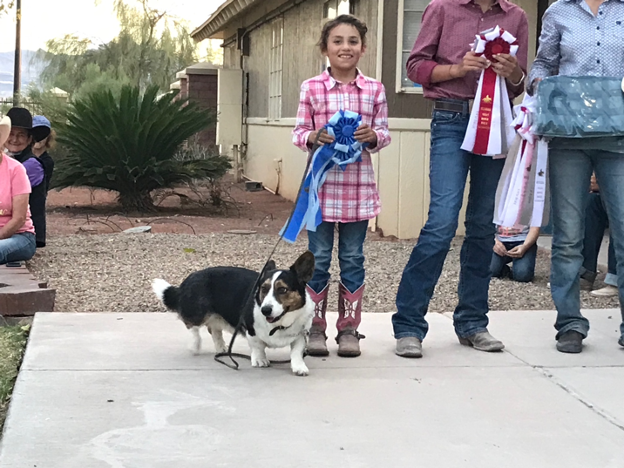 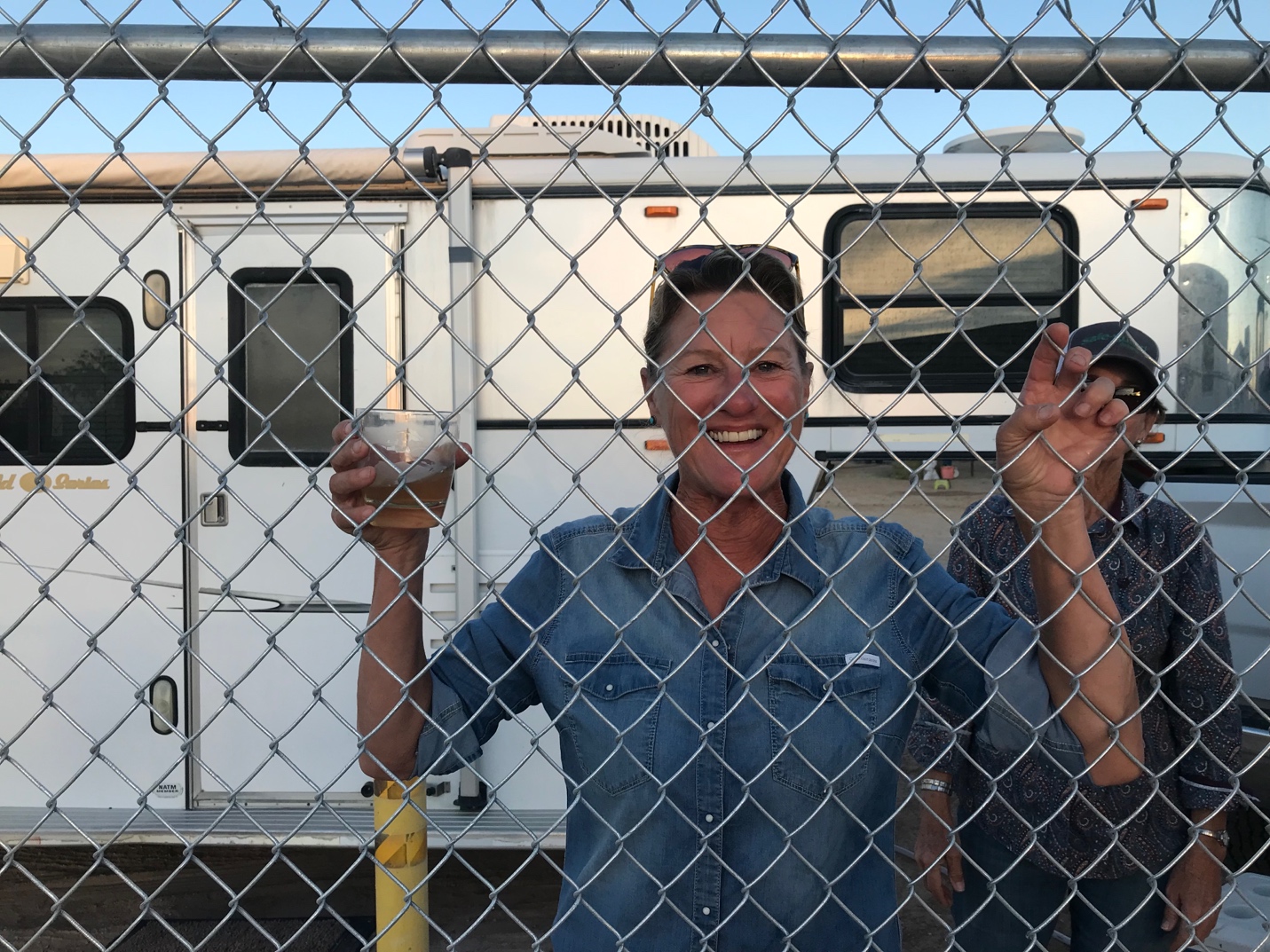 Lots of fun in Las Vegas (can’t remember if she was locked in, or locked out. . .) 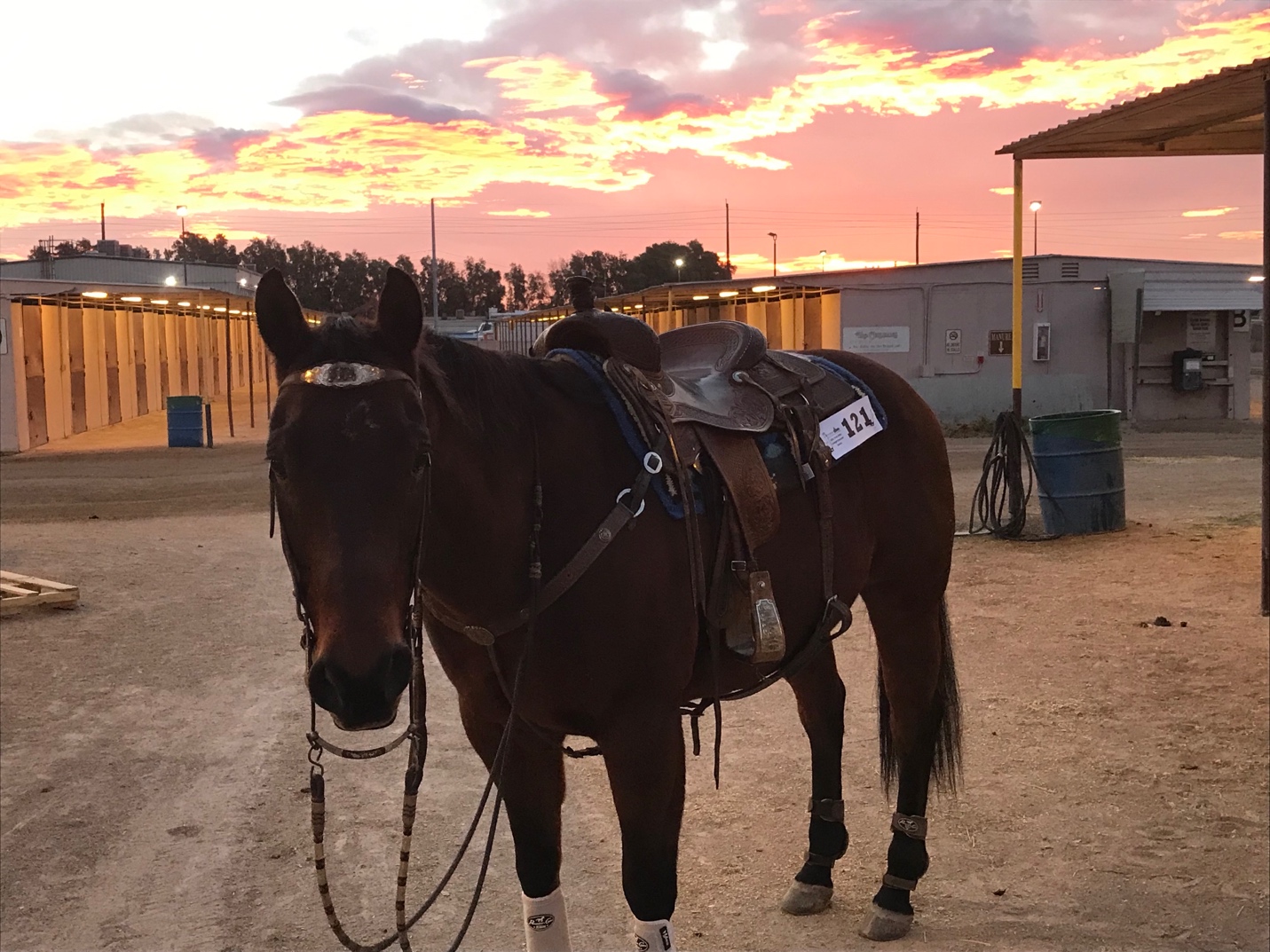 The mornings are spectacular at Horseman’s Park in Las Vegas.

Entries will open around the first of September. As our last newsletter indicated, it’s just another show and if you have shown at all, you are ready to compete there. It’s Western States, AQHA, and RHC sanctioned. The judges are Doug Ingersoll and Bozo Rogers.

You know Autumn is around the corner when the entries open for the Ranch Roundup in Carmel Valley. This show is a “tip of the hat” to the western ranching heritage in Carmel Valley and the “ranchy” classes show it. Classes like Rancher’s Choice, Calf Branding, Ranch Sorting and Ranch Penning reflect true ranch skills. There will be a “Trail Challenge”, (go to trailandsaddle.club for complete description) Ranch Riding (blends AQHA Ranch Riding and Working Equitation elements), Ranch Cutting, Buckaroo Boxing, Double Boxing, and Working Ranch Horse are included.

Ranch Roundup is known for the quality of its prizes. This year Horlacher/Marsh bits will be awarded to the Men’s, Ladies, and Youth All Around Champions. Buckles will be awarded to first place in every class, ranch knives are for second place, and third place is a bottle of Monterey County wine and CVT&SC painted glasses (it’s fun to watch contestants TRY to be third!) 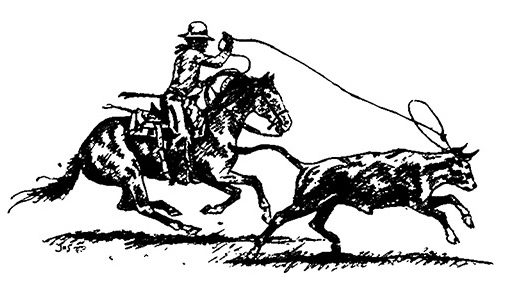 (After Ranch Roundup 2021, Shonn penned a poem reflecting his life and his experience at the event.)

5 years old when first I said it:
Look Ma, I’m a cowboy!
Felt so alive, with my toy colt .45
And my hand-me-down fringe jacket.

In the early morn’ at the Little Big Horn And by night defending the Alamo.

The years passed by for little Shonn.
And the family moved out west,
Traded star-studded nights for big city lights… But where had all the horses gone? The country boy became a city kid,
He grew up fast but not too mean. Studied his courses and forgot the horses At least, for time he did.

Then life got busy, he made some moves. He went overseas to find himself.
But yet some nights, amid fancy flights He still heard the thundering hooves.

Came on home and met a girl,
And they started a life together.
But the grind ain’t pretty when you live in the city and you long for another world.

A faraway-type world, with an open range
Full of quiet and sunsets and peace.
Then along comes a virus that sat down beside us, And prompted a very big change.

The shutdown began, and no end was near We hid behind windows and masks.
Then finally one day she looks at him to say Let’s get the hell outta here!

The young man “whoop’ed” in spite of his age So ready to start a new chapter.
Nothin’ better in life, than you and your wife Being on the very same page!

They moved to the country, found a house on a farm A one-room little cottage.
It didn’t have much, it was rustic and such
But it sure as heck had charm.

So they made a new life, full of smiles and laughter. Started growing their vegetable garden.
And as life slowed down, and they worked the ground They found the peace they were after.

But they had to do something to make ends meet, And it certainly wasn’t easy.
Tied up some loose ends, started working again And their life was nearly complete.

Still something was missing, so he searched for new sources, To inspire his creative mind.
He was on the right track but he had to think back…
And then he remembered: the horses!

Now Carmel Valley has a rich horse history,
That continues to this day.
And such was his luck that Tom Dorrance and Buck Had added to its mystery.

So he offered to help as a volunteer, Mucking and grooming and feeding. Trusting his gut though he didn’t know what Opportunities would later appear.

There’s a saying, I’m sure is known to you all,

You’ll find doors where there was only a wall.
So, I followed my bliss, my new inspiration Bought me some wranglers and boots, Bought me a hat, and this led to that
And soon I had found my vocation.

There’s an idea taking shape, but I have to explore it a non-profit for humans and horses,
where they meet face to face and healing takes place And the world is better for it.

In the meantime, I continue my “horseducation” I’m finally back in the saddle.
And I’m back in the club “the Saddle Club”
A wonderful organization.

Last weekend we hosted our annual event The Trail and Saddle Club Roundup. Worked in the sun, had me some fun and by the end of the day I was spent.

My favorite task was to reset the Trail Course, Recoil the lasso, move heavy beams
Drag a big log and all at a jog
Just to prepare for the next horse.

And standing alone in that dusty arena,
My hat dripping with sweat,
Boots covered in crud, jeans splattered with mud A phrase came to me, from a bygone era.

It came to me suddenly from way back when. Almost said it out loud, almost yelled to the crowd Look Ma, I’m a cowboy again!

Quote of the Month 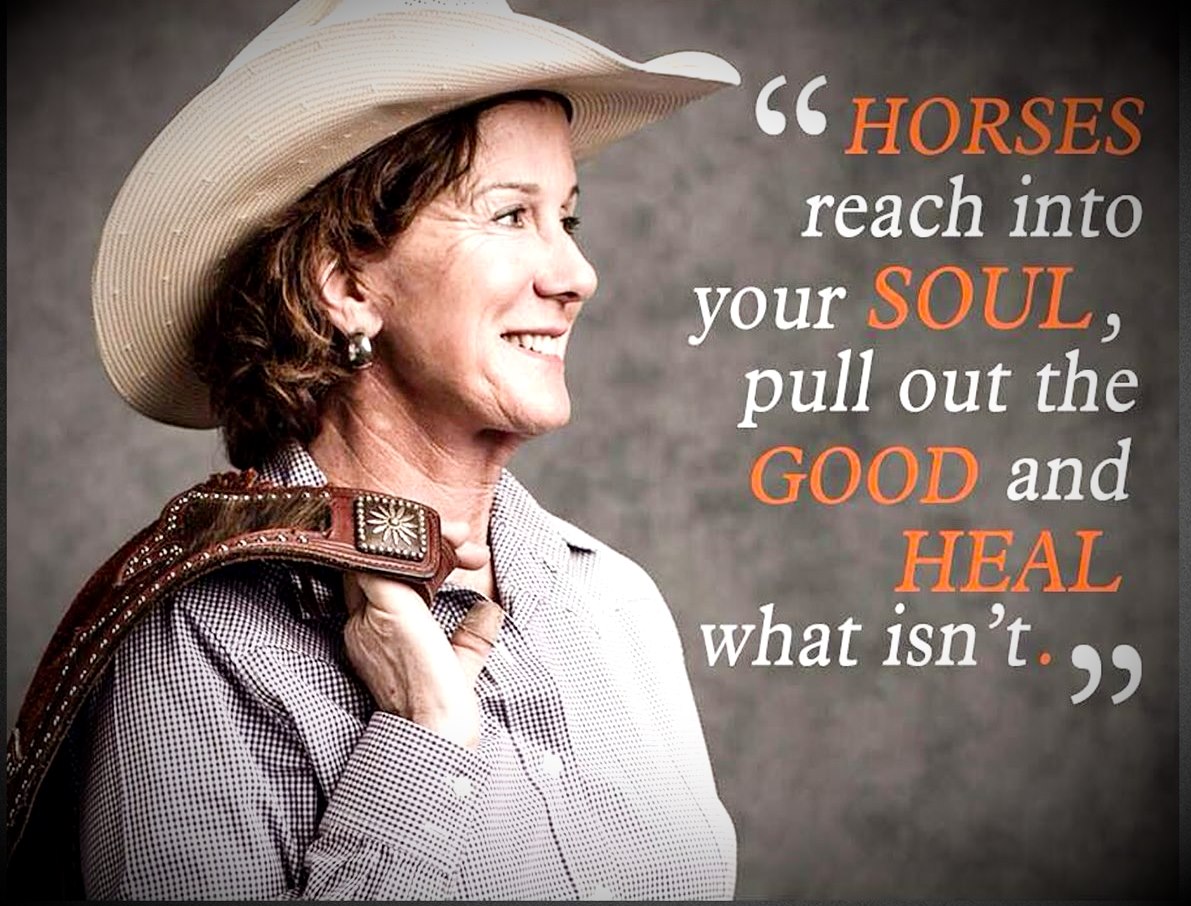 For more information, click here to view the complete calendar in a new window